So a client had patched there 2 node S2D cluster this Sunday. When the 2nd node came up it would not join the cluster. So the client started troubleshooting, without realizing that the Quorum file share Witness was not working. Someone had managed to delete the folder where the File Share Witness was on. At first, the first node that was patched and booted was working. But at some point both nodes where booted over and over again.

Every possible option was tried to bring the cluster online again. Tried setting the cluster Quorum with a cloud Witness with Powershell but that did not work and it failed.

So i had 3 options

I ended up trying the 3rd option first, as that was the fastest option i had. And i rely did not want to reinstall the nodes.

So what i did was the following.

Then run these Powershell commands.

You will get some warnings when creating the cluster and enabling S2D again. But these are ok.

You can do this with GUI or powershell

Now that the volumes are back into the cluster. And you can access the drives under c:\clusterstorage\ we need to add the VM’s back to cluster. First we go into Hyper-V manager and import the VM configuration for each VM. 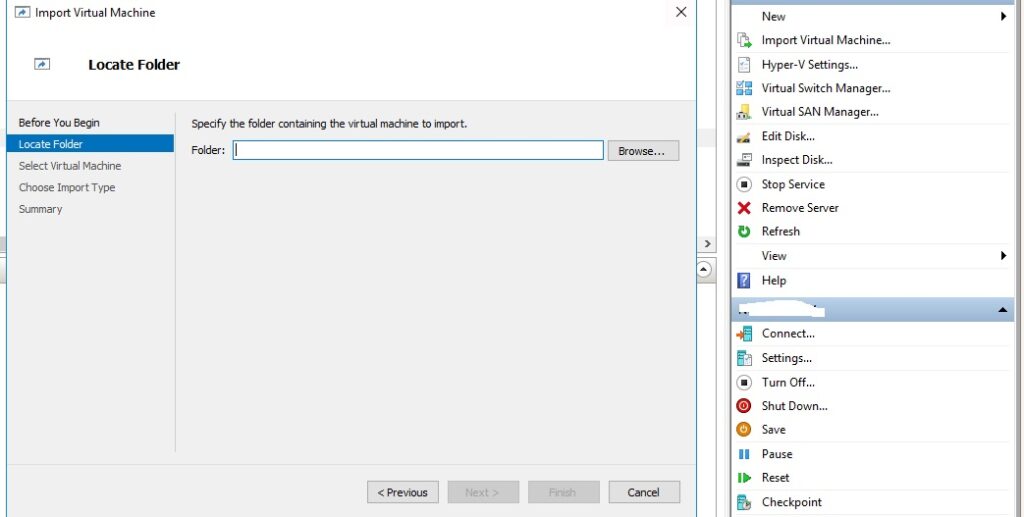 Once the VM is in Hyper-V manager we also need to add it as a cluster role in Failover Cluster Manager. Go to FCM and add the VM’s as Virtual Machine Roles. 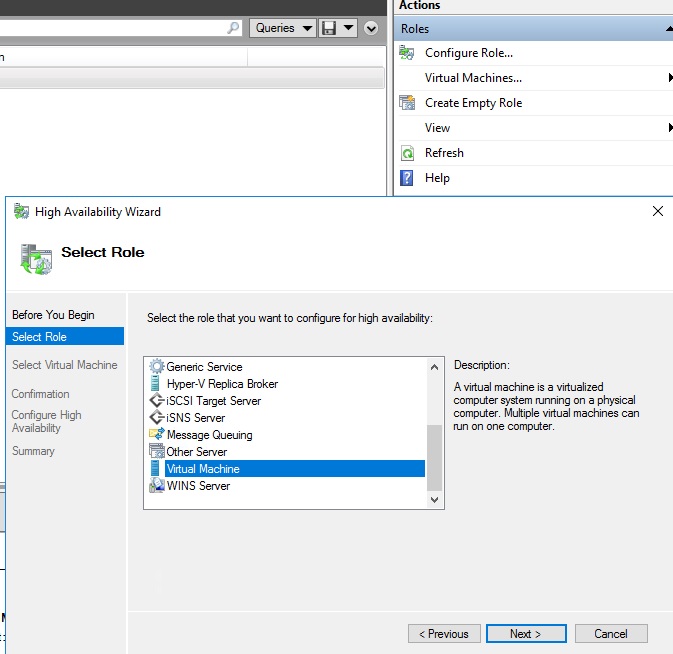 Now your VM’s should be added as a Cluster Role and you can start them up.

After getting everything up again. A Live Migration within VMM was tried and failed. It was complaining about

VMM cannot complete the WMI operation on the server () because of an error: [MSCluster_ResourceGroup.Name=&quot;bd32d3bf-6cbc-47fc-98b2-796d2f98f998&quot;] The cluster group could not be found.

This was due to when importing the VM’s to Hyper-V manager it’s not setup with HA and VMM does not pickup that the VM was added to the Failover Cluster Manager. So do a manual refresh on each Virtual Machine in VMM and Live Migration should start to work.

In DPM if the machines is deployed with VMM the name of the VM’s in DPM starts with SCVMM, when importing the VM’s in Hyper-V manager they will not have SCVMM in the name anymore in Failover Cluster Manager. Thus the old backup set’s will not find the VM’s. Remove the backups, don’t delete the backup data. And setup the protection on the VM’s again. It will trigger a synchronization of the machines.